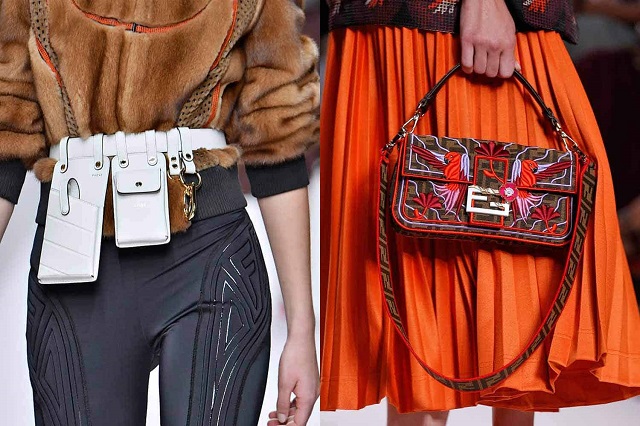 The Fendi Handbag, a Jewel in the Crown of Fashion

Hand craftsmanship and attention to detail are the embodiment of the Fendi handbag. Continuing to strike an amazing balance between innovation and classic workmanship, Fendi designs some of the most sought after handbags in the fashion industry. Fendi’s classic bags have been worn by some of the world’s most famous faces including actresses and many other celebrities who recognize the unique design qualities this label has to offer. The Baguette or the “B. Bag “derives its name from the French baguette bread and is one of the most sought after vintage Fendi handbag designs with simple lines and a short shoulder strap and like it’s name sake was made to be carried under the arm. It also sports a price tag of $30,000 which might be considered a major deterrent for most of us but not to those with the means to purchase such opulence and the Baguette is just one of the many elegant and classic Fendi handbags keeping company with the rich and famous.

Their prominent reputation in the industry and their popularity with so many celebrities has allowed the high prices brought by the Fendi handbags bringing anywhere from $1500 to $3,000 which is actually quite expensive, even when compared to the other popular label handbags.

The Defining Style of Fendi

Fendi is considered to be one of the most luxurious designer labels in the fashion industry and for over three quarters of a century the label has grown into one of the most established labels in the business. Some of Fendi’s most famous designs can be credited to the work of Karl Lagerfeld, one of the most respected fashion designers in the industry. Karl Lagerfeld contributed as creative director to the Fendi label, designing some of the most exciting and unique pieces in the Fendi collection. Fendi also produces a number of other accessories including belts and sunglasses and just like the Fendi handbags, these items will usually cost several hundred dollars but the elite status carried by the Fendi label is what puts anything Fendi in great demand. While most of us can only dream of owning a Fendi handbag and admire the luxurious style from afar, its fun to be able to identify the designer handbags and if we can’t impress our friends by owning one, we can at least point and say, “Hey, there goes an original Fendi handbag!”

How to try on glasses at home with Vision Direct

12 MAKEUP TIPS THAT MAKE YOU LOOK GREAT IN PICTURES

10 SWIMSUIT STYLES THAT LEAVE SOMETHING TO THE IMAGINATION

10 TIPS ON HOW TO FIND THE BEST CLOTHING DEALS